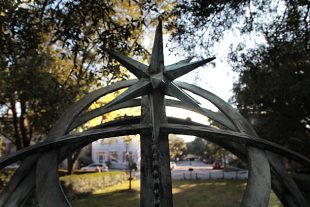 Bonaventure Cemetery – Good Fortune Comes to Those Who Die

Known as one of the most beautiful cemeteries in the entire country, Bonaventure is found on the outskirts of Savannah, bordering the Wilmington River across from Whitemarsh Island. Its name means “Good Fortune,” and those buried on its grounds might certainly consider themselves fortunate. There are worse places to rest in eternal slumber. 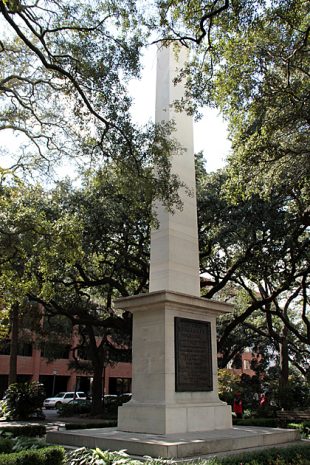 We had 24 squares to explore during our time in Savannah, and decided to start with the oldest and largest. Johnson Square was established in 1733, and named in honor of South Carolina’s colonial governor Robert Johnson. 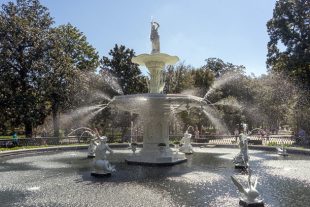